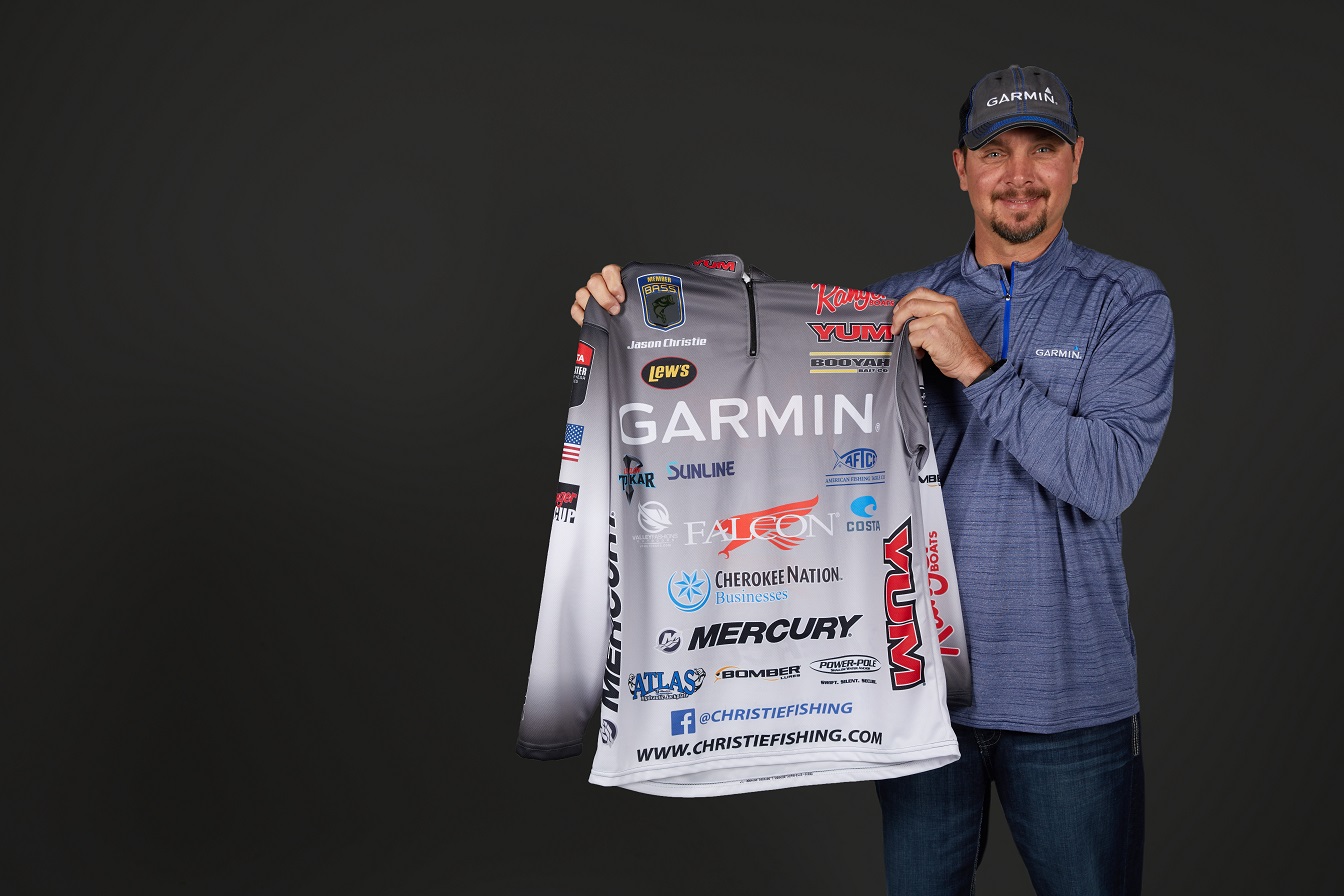 “This new sponsorship reaffirms our continued commitment to being a top player in the freshwater fishing industry and we couldn’t be more excited to be all-in with Jason,” said
David Dunn, Garmin director of marine sales. “With a world-class team of nearly 70 anglers and some of the most innovative sonar technology on the water today, the time was right for Garmin to become a title sponsor and Jason is a perfect fit. An avid angler, outdoorsman and family man with a proven track record of success, he represents Garmin’s values through and through.”

“I knew from day one with Garmin that they were a company I wanted to be a part of,” said Christie. “Garmin’s Panoptix™ sonar technology has played a huge role in my recent success, especially my win on St. Clair last year, and I know this opportunity will only push both Garmin and myself further to the top. Electronics have always been crucial to me on the water, and I’m looking forward to working even closer with Garmin now as they lead the way.”

Christie will kick off the 2018 tournament season at Lake Martin, Feb. 8-11, and will compete in his sixth Bassmaster Classic at Lake Hartwell, March 16-18. The Garmin logo will have prominent visibility on Christie’s new jersey, boat and vehicle at all of his tournament weigh-ins and public appearances this year. Click here to learn more about Christie and this new sponsorship.

Additionally, Garmin has four more reasons to be excited about the 2018 season as it welcomes the following professional anglers to its team: Randy Haynes (FLW), Brian Snowden (B.A.S.S.), Carl Svebek (B.A.S.S.), and Jesse Tacoronte (B.A.S.S.). The Garmin team will be equipped with detailed lake maps and best-in-class electronics and technology, including the National Marine Electronics Association (NMEA®) award-winning GPSMAP® 7600xsv series chartplotters ranging in size from seven- to 16-inches, and the Garmin Panoptix PS22-TR all-seeing sonar. Garmin was the first to bring Panoptix sonar imaging to the water, giving anglers the ability to see all around their boat in real time.

Garmin is the world’s leading marine electronics manufacturer1 and was recently named Manufacturer of the Year for the third consecutive year by the NMEA, an honor given to the most recognized marine electronics company for support of products in the field. Garmin’s portfolio includes some of the industry’s most sophisticated chartplotters and touchscreen multifunction displays, sonar technology, high-definition radar, autopilots, high-resolution mapping, sailing instrumentation, and other products and services that are known for innovation, reliability, and ease-of-use.

For decades, Garmin has pioneered new GPS navigation and wireless devices and applications that are designed for people who live an active lifestyle. Garmin serves five primary business units, including automotive, aviation, fitness, marine, and outdoor recreation. For more information, visit Garmin's virtual pressroom at garmin.com/newsroom, contact the Media Relations department at 913-397-8200, or follow us at facebook.com/garmin, twitter.com/garmin, or youtube.com/garmin.